Get fresh music recommendations delivered to your inbox every Friday.
We've updated our Terms of Use. You can review the changes here.

Beginning And End Of Knowing 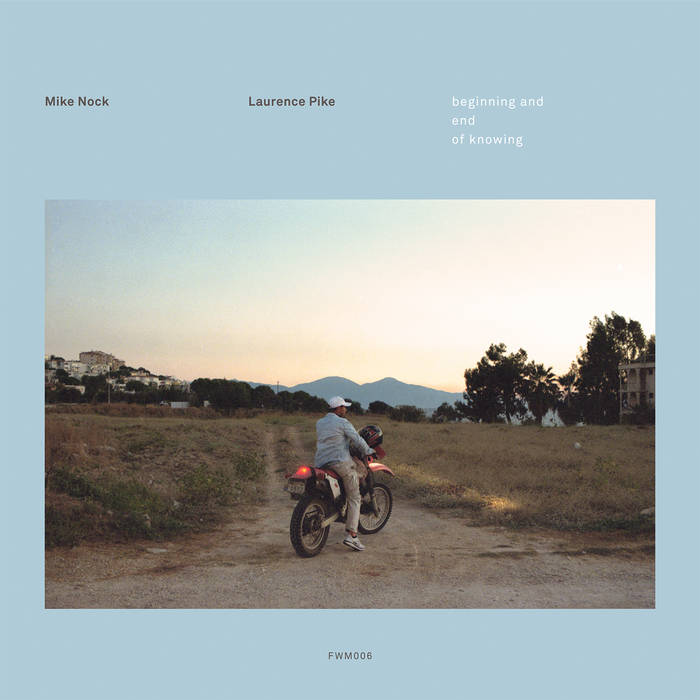 Four decades and a world apart, Mike Nock and Laurence Pike have come together to forge a musical union like no other.

Their individual talents are well established: Nock, at 75, a legend of Australian jazz, a pianist recognised worldwide for his work with the best of the genre. And Pike, 36, an iconoclastic drummer whose genre-bending projects include the pioneering electronic rock group PVT, as well as key roles in the music of Jack Ladder and Sarah Blasko.

On stage, too, they could hardly have been more of a contrast: the diminutive veteran hunched over the piano like a sorcerer while the other a jumble of energy and physicality at six foot four. But close your eyes and the empathy is obvious.

Together, Mike Nock and Laurence Pike embrace their differences. On stage and in the studio, they share a belief in the power of storytelling through improvisation.

This new album, Beginning And End Of Knowing, marks a significant milestone in the journey of these two remarkable musicians.
They travelled to Oslo to record with renowned engineer Jan Erik Kongshaug, the founder of Rainbow Studio and the man responsible for the majority of the recorded output of the ECM label.

The trip was made possible when Laurence received a Music Project Fellowship from the Australia Council. A fan of Kongshaug since his school days, Pike is a musician fascinated by the possibilities of sound, so Oslo beckoned strongly. It also happened to be the place where, back in 1981, Mike recorded his seminal album, Ondas, for ECM.

So there they were at Sydney airport, preparing to board a flight to Europe, when Mike turned to Laurence and laughed. “You crazy mother-,” he said, “making us go all the way to Norway to make an album.”
It was indeed an ambitious adventure, since they had no idea what they would be playing once they arrived. Their music, as always, would be entirely improvised.

The recordings they brought home revealed two artists working as one. Several hours of music were reduced to 12 tracks that variously contained moments of quietude and vitality, soaring lyricism, vigour and beauty.

These tracks were also a memento of this new environment, Oslo, the way a change of scene can shape the contours of improvisation. Every morning, for instance, Laurence braved the cold to jog along the Akerselva – and this was the river that lent its name to one of the songs.

The music also contained their usual combination of electronics and acoustics, with Laurence using live electronics via his drums to add new layers to the sound. These subtle elements permeate the improvisations seamlessly, almost imperceptibly, and their presence makes the album a triumph of modern creative music.
The title, Beginning and End Of Knowing, refers to a phrase that Laurence used when asked to describe what goes through his mind while playing.

“It’s a balancing act of the conscious and unconscious, a willingness to accept you know nothing while still drawing from a deep well of experience,” he says.

This was their second album together. Their 2012 release Kindred was described by John Kelman, from All About Jazz, in glowing terms: “Conceived as music-making without a safety net ... it’s clear that Nock and Pike — separated by nearly 40 years — don't need one.”

The pair first worked together in the late1990s, when Mike hired Laurence, then 19 and his former student, to join his trio and quintet, subsequently touring Australia and abroad.

Laurence went on to forge a successful career in his own right, forming Pivot (later PVT), the first Australian group to sign with the British electronic label Warp Records. He also formed Triosk, an experimental jazz trio, and has worked closely with some of Australia’s top musicians, including Jack Ladder, Sarah Blasko and Daniel Johns.

Mike, meanwhile, continued to perform and tour around Australia and abroad, establishing himself as one of the nation’s most respected and influential musicians. In 2014, he received the Don Banks award, the Australia Council’s top honour recognising a lifetime of outstanding contribution to music in Australia.

New Zealand born Mike Nock’s career spans a broad range of contemporary music. Widely recognised as an important voice in Australian modern music, he is.based in Sydney, and also spent 25 years in the USA, working with many of the world’s top jazz artists. Awards and honours include the prestigious Don Banks Award, the New Zealand Order of Merit and induction into the Bell Awards Hall of Fame. ... more

Bandcamp Daily  your guide to the world of Bandcamp